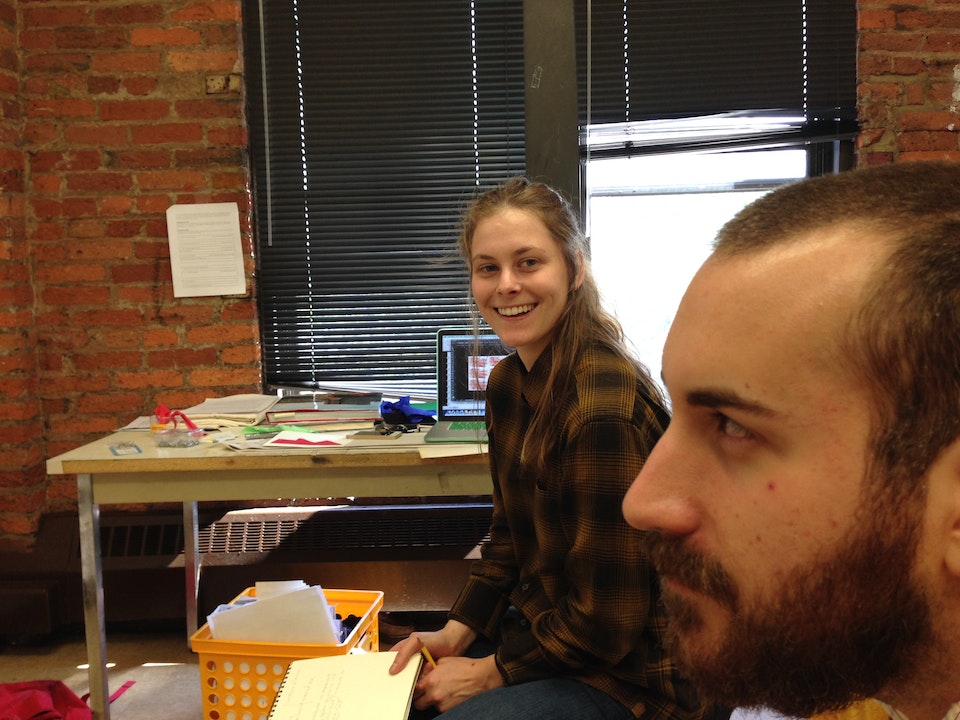 How do curators critique art? What makes for a great studio visit?

In series 1 episode 1, co-hosts Ann Shafer and Ben Levy talk about critiques and studio visits, focusing on a program they developed in partnership with the printmaking department at the Maryland Institute College of Art. At the start of the senior year, Ann and Ben held critiques with MICA printmakers as they embarked on their final theses, which culminate with end-of-the-year exhibitions. Following those initial visits to the seniors' studios, Ann and Ben welcomed students to the Baltimore Museum of Art’s print studyroom and pulled out objects from the permanent collection that they deemed germane to each artists’ work. These individual second visits enabled further conversation about the direction of the seniors’ thesis work and helped (we hoped) to energize them about new ideas and risks. Lastly, Ann and Ben returned to MICA near the end of the year to have a final look at the work produced. This was really for Ann and Ben to see how the work had developed and to evaluate who impactful we had been.

This episode also acts as Ben’s origin story since he is a studio art graduate of MICA’s printmaking department. He brought his technical know-how to the BMA’s department of prints, drawings, and photographs in an invaluable way.